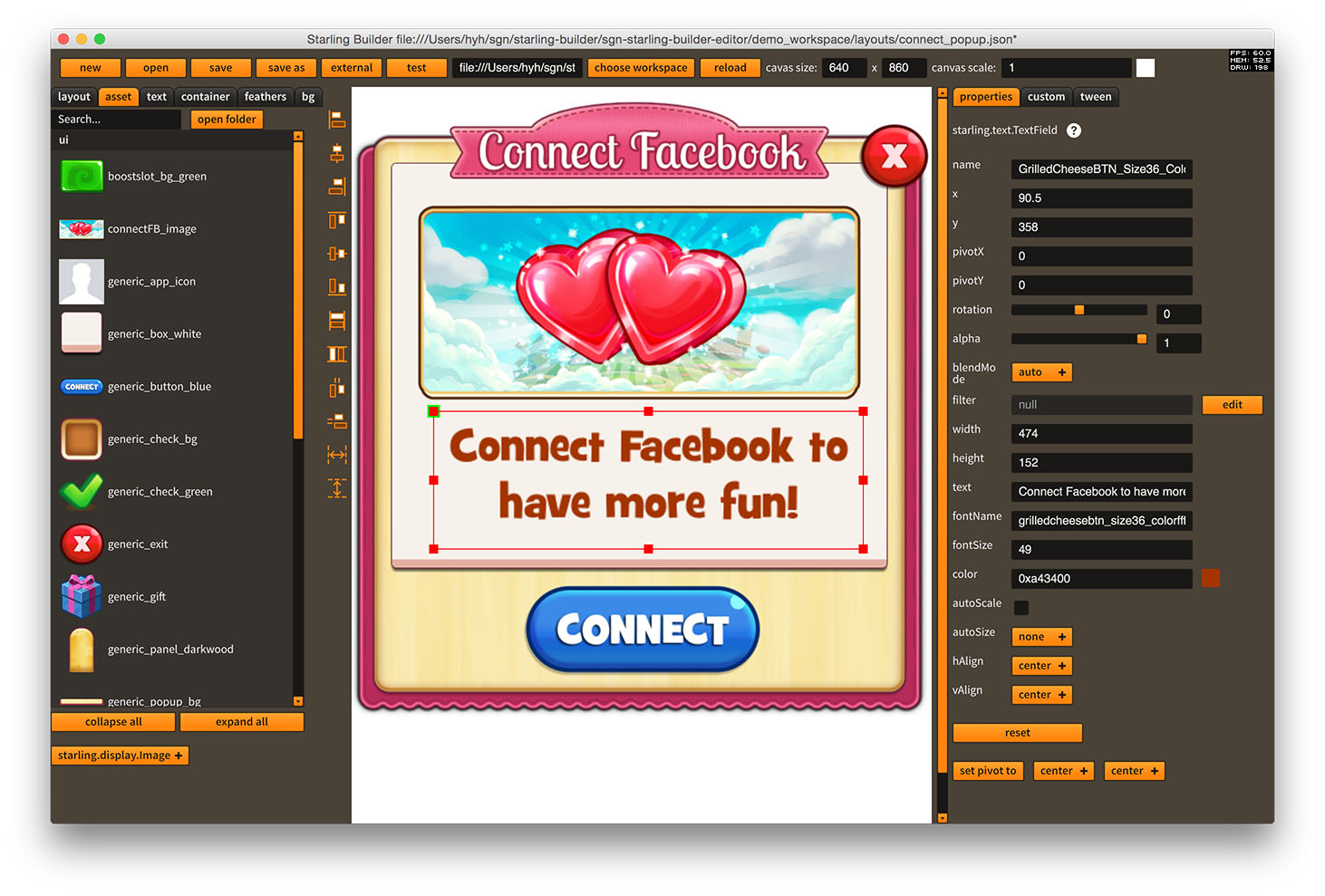 This is going to be super useful for a lot of developers out there, and it's a great addition to the "ecosystem" that has grown around Starling. Daniel Sperl, the author of Starling Framework


That is what I was waiting for for years! Awesome :) Rounded Strategy, game developer

What is Starling Builder?

Starling Builder is an open source UI editor for Starling. It's built on top of Starling and Feathers UI framework. You can edit your user interfaces in Starling Builder, export them to JSON layout files, and create the starling display objects directly in the game. It provides an WYSIWYG way to create any in-game UI in minutes.

Starling Builder is backed by SGN Games Inc, one of the fastest growing mobile game company in US,
proven by our top grossing games Juice Jam, Book of Life: Sugar Smash and more,
and recommended by the official Starling website.